Welcome to this week’s Thoughts from the Road Column. Here’s Sam Manicom’s take on the beauty of maps over GPS and what you’re missing… 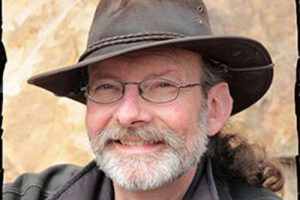 Round the World Motorcycle Traveller

Sam Manicom rode for 8 years around the world, exploring 6 continents. He is the author of 4 motorcycle travel books. All are available in Paperback direct from him, with free worldwide shipping from The Book Depository, and from Amazon. His books are also available as e-books and his first four books Into Africa, Under Asian Skies, Distant Suns and Tortillas to Totems are available for download as Audio Books.

Sam is also a contributor to and editor of a new book. ‘The Moment Collectors’ is a 5* rated celebration of long distance motorcycle travel, with chapters from 20 overlanding authors around the world.

Maps. Where the land comes alive before me.

When they were first becoming a thing I couldn’t help calculating the number of fuel miles I could ride for the cost of a GPS. I struggled with that. I could probably have ridden the length of Africa and back up. And anyway, maps are fantastic! Add a compass and why would I need anything else?

I also had a fear of GPS. No, not because I’m a bit of an idiot when tech is involved, but I was worried using one would make me lazy, and that’d mean I was missing opportunities. I ride for the joy of being on two wheels, and opportunities. Perversely, I like getting lost; it’s where the delights of so many unexpected adventures are.

Just 20 years ago many motorcycling cynics were saying GPS would never catch on. With a wry expression on my face as I write this, I have to admit that I was one of them. Were you too? Or did you speedily embrace all the possibilities and have ridden with one ever since? Have your maps been relegated to dusty back shelves or even worse, headed for the local charity shop?

I’m a total fan of maps. I love laying out the best quality editions I can get hold of and letting my dreams turn into possibilities. There before me are not only the potential routes to get from A to B, but give me a colour map with the altitudes shaded and it’s almost as if the land is coming alive before me on my living room floor.

In advance I can see where river crossings are; bridges, ferries or fords. If I can find them, contour maps help me to plan time wise and for potential viewpoints. I can see the mix of ride possibilities from motorway to dirt track. Potentially interesting side turnings jump up off the paper at me. I can see where towns are and so potential fuel stops, food sources and a shower opportunity too. I can see the history of a land; how the likes of glaciers and earthquakes have formed where I’m going to be riding.

I can see the curiosity places too. So often those stand out by their names. And what about heading for places with the weirdest names? Maps show you where those are. I have one mate who uses his maps to hunt out the rude place names and plans his routes via those!

A lot of the 22,000 miles I rode over the length of Africa, a 5,000 mile long continent, were lost miles. As in I didn’t have much of a clue where I was, but the sun was guiding me and so long as I knew roughly where I was on my map I was happy. Every hour of being lost was full of adventure. Having a 43 litre fuel tank helped with the peace of mind.

Do I use a GPS now? Too right I do and for many reasons. But I always reach for my maps first. They are also a trip down memory lane. Many of ours are a notepad of special places, great hotels, people met, spots where things were grim and so on.

I mentioned the cynical side of my nature. It doesn’t like relying on a machine that can break down or be stolen. Does that make me sound like a control freak? I hope not. It’s just that there are opportunities and lost opportunities. And perhaps I prefer maps because I can travel without the pressure of a digital clock counting down each second of the day in front of me. When I have a deadline to meet though, that’s different.

Would you ride only with maps? Do you use both? Or have you learnt to use your GPS so well that you find maps superfluous weight and space takers?

Thoughts from the Road is a weekly community discussion column for motorcycle travellers. Feel free to share your views here.

12 thoughts on “Sam Manicom: The Beauty of Maps over GPS”