Confused about what paperwork you need for Japan? This guide will explain everything including carnets, temporary imports, driving permits and insurance.

Everyone is required to purchase Compulsory Automobile Liability Insurance (CALI), which is third party. It’s illegal to drive without it and if you have arrived by ferry, you won’t be able to leave the port without it.

Luckily, it can be pre-arranged for you so that it’s ready to pick up on arrival. If you are arriving in Japan via ferry, then the DBS Ferry agent can have your insurance waiting for you. Assuming you are using DBS Ferries (the primary ferry service from Russia or South Korea to Japan) you will be able to email Tatiana from DBS at [email protected] She will be able to arrange your insurance for you in advance. Simply send her the information she requires, fill out a form and email it to her and it will be waiting for you. You will need to pay her in Yen on arrival, so have the cash with you ready. Please see the insurance price list below.

Buying vehicle insurance for Japan by yourself

Let’s say you’re flying into Japan and want to source your own insurance. There’s an excellent company we used called Apex Moto.
You will need to send them your scans including registration papers, passport, drivers permit etc. Then pay for your insurance via PayPal. They will send your documents to an address of your choice in Japan, or use their shop address and pick it from them.  They will also send you a PDF, which should suffice if you don’t want the originals.

There are two types of insurance in Japan: Jibaiseki (government compulsory insurance and limited cover, not including third party) and Third Party insurance (includes damage to other people’s property).
We didn’t take out third party insurance, but that’s your call.

You must have an International Driver’s Permit to drive or ride in Japan (even if you are renting a car there). You can purchase an IDP in the UK at the Post Office, it costs £4.50 and you just need to take your passport, driving licence and a passport photograph. The reason for this is that the IDP has translations inside it.

Your IDP must be based on the 1949 Genva Convention. Some countries signed up for the 1968 Convention and are not valid. In which case you must get your licence translated. The countries we are aware of that are signed onto this are France, Germany, Belgium, Switzerland, Monaco, Slovenia and Taiwan. People from these countries may drive using the national driving permit with Japanese translation. This can be done at a local JAF office for 3,000 JPY, but it’s about an hour away and will cost an arm and a leg in a taxi (as you won’t be able to use your vehicle until it’s done).

You will need either a Carnet de Passage or a Temporary Import C5104 form to use your own vehicle in Japan. We have written a super comprehensive guide explaining the differences between the two and how to go about getting them.

You will need to keep a copy of your vehicle registration document with you and that’s it. No other documentation is required.

If you entered with DBS ferries to Sakaminato, then it’s the same customs office you got stamped in. If you’re exiting from Shimonoseki, then check out our How to catch the ferry from Japan to South Korea guide for info on the customs building there. 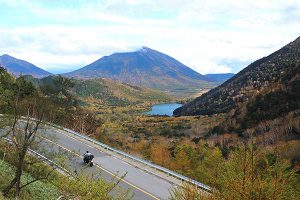 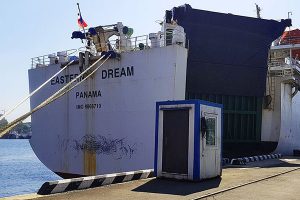 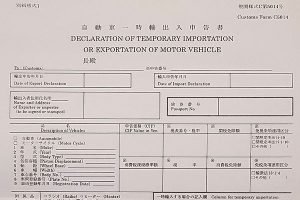 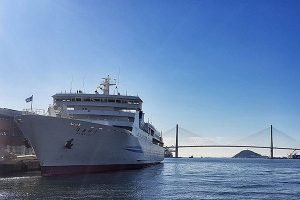 How to get the ferry from Japan to South Korea